Making Pancakes- With a Side of Science!

Written by Admin on 13th March 2020. Posted in News, Science

Our home-schooled girls aged 13-14 have been ‘Raising- Standards’ in their science experiments! The group enjoyed a fun session at the Tuiton club making Pancakes. Ever wondered what does science have to do with pancakes?.. well,  when you make pancake batter you are mixing a whole range of different chemicals – so all sorts of reactions take place in the cooking! The dry ingredients contain flour and sugar, as well as salt and maybe either baking powder or baking soda. Flour supplies protein, molecules made of lots of amino-acids joined in chains, along with starch, which similarly is made of lots of simple sugar molecules joined in chains.

When you mix the flour with eggs and milk, the gluten molecules get more flexible and can bind to each other forming networks. The mixing causes carbon dioxide gas from the air to be trapped by these networks, which causes the pancake to rise (just like bread does) and creates its chewable texture. Eggs give you more protein, while sugar and butter give tenderness to the texture and the fluids help the mixing process and enable chemical reactions to occur. The aroma and colour of pancakes originate in the same chemical reaction, known as the Maillard reactions, after its French discoverer, Louis-Camille Maillard. It is caused by hot sugars reacting with amino-acids, generating a wide range of small molecules that escape from the mixture and carry their smells (such as nuts, bread or coffee) to your nose. Some of these brown compounds, also found in bread and coffee, are called Melanoidins. But ultimately, for all the formulae, advice from chefs and scietific tips, there’s only one thing for it … the ‘taste-test’ that was much enjoyed by everyone!. 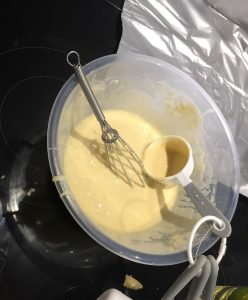 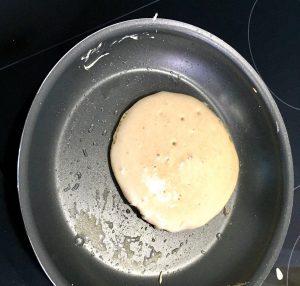 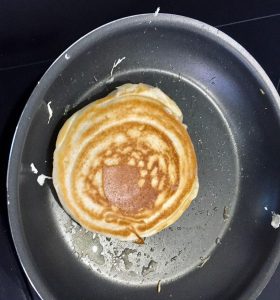 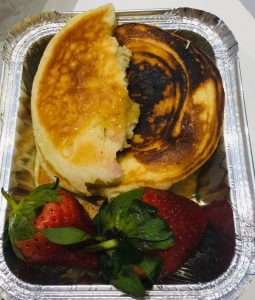