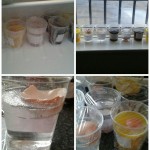 Since returning from their holidays, our students have been studying very interesting topics and have been participating in fun investigations.

Students in science have been looking at pollination, healthy lifestyles, factors that can damage your health, digestion, adaptation, chemical formulae, planned, carried out and drew conclusions on a tooth decay investigation using different liquids such as vinegar, cola, juice, water and milk.

In history, Years 1 and 2 are currently studying the famous painters Pieter Bruegel and Laurence-Stephen Lowry, and the era in which they lived. Year 3 and 4 students have been learning about the transitional changes from the Stone Age to the Bronze Age, such as moving from a nomadic hunting lifestyle to settled farming and the growth of hamlets and communities.

Year 5 and 6 have been learning about the Anglo-Saxon’s and are now studying the Maya civilisation in America, including when and where they lived, their buildings and architecture such as the Mesoamerican Pyramids and comparing them with the Egyptian pyramids. Whilst, Years 7 and 8 are studying British history including the battle of Stamford bridge and the battle of Hastings.